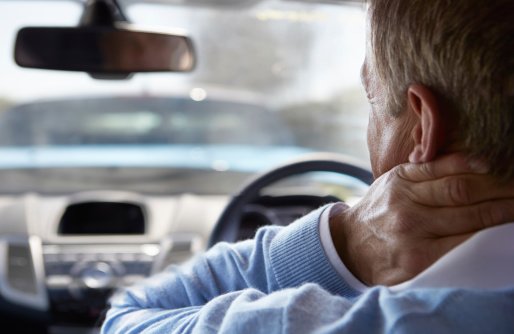 This may seem like an unusual title for this entry but this is a common issue I hear within in the general population and my patients’ in practice. It is incorrect to think that Whiplash is a diagnosis, but this hasn’t stopped some industry professionals telling the public it is. It is anything but a diagnosis, it is a mechanism of injury. It is a descriptive name used to describe what happens to the head and neck during a car crash/collision, sports injuries, falls and head traumas.

Terminology: This is an important point for discussion when it comes to whiplash and personal injury following a motor vehicle collision. Rule number 1: it is no a car accident! It was Aristotle 2000 years ago who is quoted to have said: “there is no science of the accident”.

The use of the word “accident” with regards for a car crash is a ploy used by the certain parties to down play the significance of the injuries suffered or the crash itself. The word makes it appear that it wasn’t anyone’s fault and the injuries sustained are minor. However, the use of the “accident” also makes it sound like “an act of God” and therefore no-one is liable. However, in the vast majority of cases, the crash occurred because one of the parties involved wasn’t paying full attention to the road e.g. they were on their phone, they ran a red light, they were speeding etc. Therefore it cannot be an “accident” or “an act of God” because in these situations, someone is at fault. Even if it is mechanical failure of the cars breaks for example, the manufacturer or a mechanic who installed the breaks is liable.

“The word ‘accident’ should be replaced by words such as crash, incident, fatality or road detain official statements and documents” (Support for family road death victims, 1994).

As a result of incorrect terminology and down playing the significance of injuries suffered following a car crash, it can be a difficult thing to seek appropriate help, support and personal injury compensation. Spitzer et al described cervical acceleration/deceleration trauma (CAD) and characterised the subsequent/associated injuries seen on x-rays as: fractures, dislocations, kyphotic angulation, reduced and reversed sagittal cervical curves and soft tissue injuries. In addition, symptoms such as: vertigo, neck and shoulder pain, upper extremity paresthesia, tinitus, impaired cognitive function and visual disturbances are also associated symptoms and injuries of a whiplash trauma.

Therefore the use of the word “whiplash” in a diagnostic, personal injury or compensatory term is meaningless. It simply described the mechanism of the injury, not the injury itself. A fracture of the cervical spine (neck) for example, that’s the injury, that’s the diagnosis and that’s what the personal injury compensation claim should be made upon, not “whiplash”. Whiplash needs to be viewed by the general population and healthcare providers not as a diagnostic term, because it misleads the mind to not take into consideration the actual injuries suffered by the patient.